Heavy Heart Review by JJ Koczan – The Obelisk
by dogstreet on September 7, 2018 in News

The classic sensibility practically bleeds from the speakers of Kelly Carmichael‘s new solo album, Heavy Heart. Set to release this week (Sept. 7) via Dogstreet Records, the eight-track/47-minute third offering from the Internal Void guitarist under his own name is both a return to form and a shift into something new. Also old. Stay with me. Carmichael‘s first two full-lengths, 2005’s Old Stock and 2008’s Queen Fareena, saw him depart from the weighted riffing of his work with Internal Void — whose last album, Matricide, was issued in 2004 — for acoustic roots blues, digging back to the origin points of rock and roll in the uptempo Delta and Chicago-style vibes, writing his own material and playing classics from the likes of Robert Johnson, Mississippi John Hurt and others.

There were aspects of that exploration that felt academic in that Carmichael seemed to be teaching his audience from his own vast knowledge of the blues as well as his soulful execution thereof, but there was no denying the genuine spiritual place he was coming from. Heavy Heart shares that feel, but finds Carmichael teamed with drummer Jesse Shultzaberger and once again taking on heavier riffs and more directly rocking — if occasionally violin-inclusive, as on the piano-based “Soupers” — fare. But there’s still a tie to the idea of roots music, because Heavy Heart isn’t just Maryland doom-style rolling groove or Internal Void by any other name. 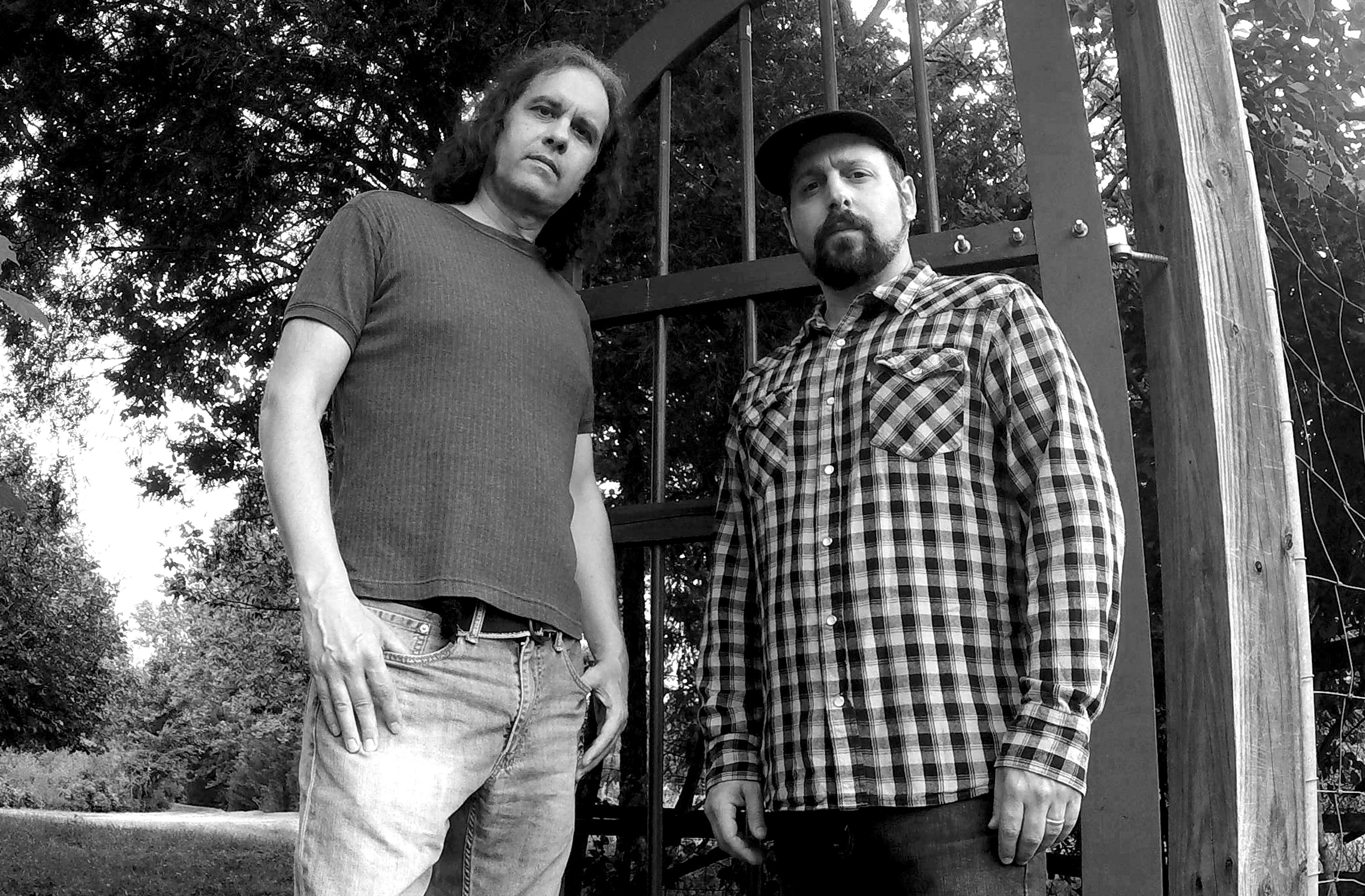 Its primary allegiance is to the beginnings of heavy rock in the early 1970s, not simply Black Sabbath but the heavy progressive movement that happened concurrently, and whether it’s the patient King Crimson-esque string sounds and tonal crunch of opener “Shadows Will” or the memorable chug of “Desires Tragedy,” which follows, or the later, almost countrified approach of “Starless Divine,” Carmichael ties his work together with melody and fluid pacing, as well as an undercurrent of songwriting that speaks further to his awareness of classic forms.

So it’s a return to form because it’s heavy, it’s something new because it’s a different take on heavy, and it’s something old because that take on heavy is based in large part on the formative period of the style. Heavy Heart is somewhat expectedly led by Carmichael‘s guitar, but his arrangements of piano and violin and bringing aboard Shultzaberger on drums present as genuine a take on mellow ’70s heavy as I’ve heard from the Chesapeake watershed — Carmichael came up in Frederick, MD, but currently resides in West Virginia — since Against Nature‘s subtle progressivisms, and yes, that’s a compliment.

Closing with its title-track, Heavy Heart soothes in its overarching impression, but still has plenty of outwardly rocking moments, as on said closer and a meaty cut like “The Palmist” or “Vine of the Soul,” which pairs spacious noodling with a thicker central riff, and “Desires Tragedy,” which boasts a particularly memorable hook to coincide with its density of tone and Carmichael‘s effects-laden vocals, adding atmosphere to the proceedings throughout. With songs ranging largely between five and six minutes long, Carmichael takes his time fleshing out ideas and bringing parts to life, but there’s variety of mood carrying through that feeds into the overarching flow of one track into the next across the record as a whole, so while the production is organic, it’s not necessarily flat, making it all the more suited to the ’70s stylization of the songwriting.

If this is a sonic place Carmichael is carving out for himself for a longer term than just this album, he seems well comfortable in it already, and there’s no reason that what Heavy Heart begins couldn’t move forward however far Carmichael wants to take it. On the other hand, if it’s a one-off, then it’s still a satisfying excursion into intricately-constructed craft and sound, and should have no trouble appealing not only to the Maryland doom scene from which Carmichael emerged with Internal Void, but to anyone seeking out a take on first-wave heavy not at all beholden to the strict tenets of modern retroism.

Ultimately, Heavy Heart brims with both.