‘Heavy Heart’ Review by Ray Dorsey
by dogstreet on July 31, 2018 in Full Reviews 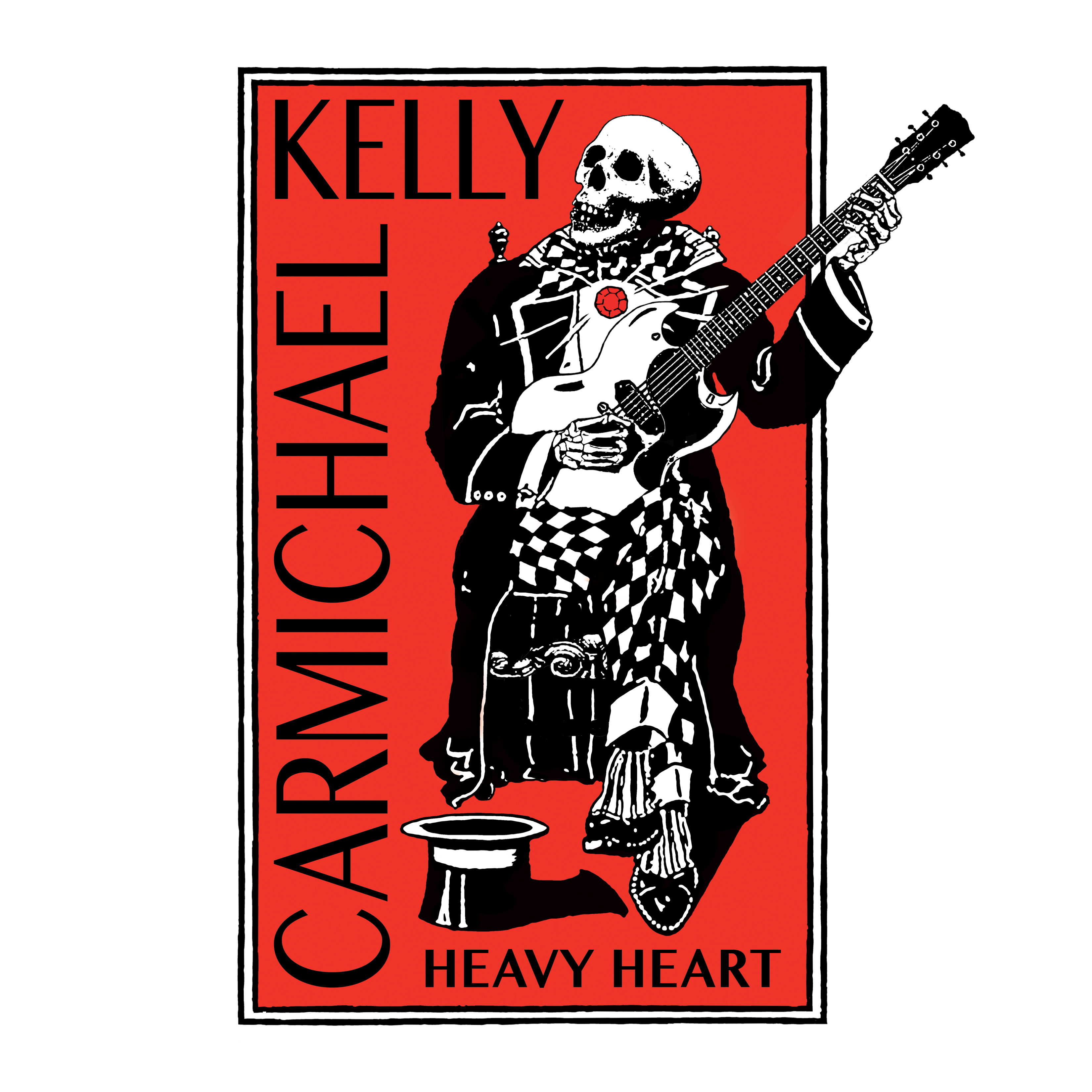 Guitarist Kelly Carmichael (ex Internal Void/Pentagram) to release new Hard Rock album ‘Heavy Heart’ on Dogstreet Records September 7, 2018. It’s been 14 years since Pentagram’s “Show ’em How” album and aside from his solo Olde-Tyme/Roots-Blues this is his first return to volume induced heavy rock.”

And it’s funny, when Kelly asked me to have a listen to his new album a few weeks ago, that’s what I was expecting…acoustic roots music. Now don’t get me wrong, I love that in general and Mr. CARMICHAEL’s forays into it in particular, but I can’t say I haven’t missed his command as a 6-string assailant of aural heaviness. So, when I plopped in the “Heavy Heart” disc, it only took me a few seconds to say “Boy howdy!”

In the first 3 cuts alone, CARMICHAEL serves notice to the heavy music world that his absence is no longer a consideration. “Shadows Will” is dark & timeless, it’s doomy riffs & keys ringing with the tone of something that would be at home on the Italian Black Widow label. “Desires Tragedy” takes a different tack. The instrumental intro reminds me of an upbeat morning hike down a country road until sharp turn at around 1:30 veers into a dark forest of urgent doom and unrest. By the time you get to the haunting yet gorgeous piano of “Soupers,” you know that KELLY is not only back at the wheel of doom, but he’s set the controls for it’s heavy heart, and originality is his co-pilot. And the voyage is just beginning as the 4th cut, “The Palmist” turns up the energy quotient and lets loose with a riff barrage on the order of something off the self-titled TROUBLE album on Geffen.

Halfway through the record along comes “The Way She Heals.” It alternates between laid-back, upbeat chording and strong mid-paced metallic rifferama with lyrics that seem to have a very personal bent. “Vine Of The Soul” is next and it’s follows a similar vibe as it’s predecessor. In this one, the riffs toward the middle of the number are doomy, no doubt, but rocking as a bitch.

It’s with the “Starless Divine,” a favorite among favorites, that the thing I love about this recording is honed into focus the sharpest for me. Opening with a chord progression that calls to mind The Beatles’ “I’ve Got A Feeling,” it blends through a myriad changes, including a chugging riff in a couple places that just kicks all kinds of ass. What I like so much that KELLY is doing on this song (and throughout the album) is penning tunes that are heavy and infused with doom riffs, but also folding in passages of chords that are so uplifting, I feel better every time I listen. “Starless Divine” is very fascinating from a lyrical standpoint as well. Once again, it comes from a very personal angle about an extremely intimate, sexual and loving relationship yet it also feels as though it could be extrapolated to our link with the entire universe. This depth, this scope of music continues into the final title cut, another one that’s a panorama in so many ways. It seems that doom metal will surely always have a “Heavy Heart” but the best of it features a lot of hope and positivity within its deep, vibrant soul. KELLY CARMICHAEL has tapped that rich ore with his new album.